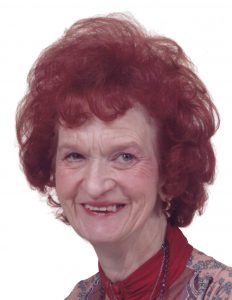 She lived most of her life in this community where she formerly had been a nurse’s aide and a Record-Herald carrier.

Virginia was preceded in death by the father of her children, Lee Simison, in 2011, and four sisters, Doris Kelly, Mabel Pyles, Corrine Watson and Maxine Parsell.

She is survived by two children, Jay Simison of Washington Court House and Lorri E. Jones and her husband, Robert, of Jamestown; nieces, Carole Carter of Yellow Springs, Marsha Townsend of Dayton and Debra (Doug) Roby of Urbana; a granddaughter, Andrea Morrison of Napoleon, OH and several great nieces and nephews.

A graveside service will be held Tuesday, February 15, 2022, at 1:30 p.m. at the Bloomingburg Cemetery with Danny Dodds, minister at the Greenfield Church of Christ, officiating.

Friends may call at the Kirkpatrick Funeral Home in Washington Court House Tuesday from 12 Noon until 1 p.m., at which time a prayer will be offered.