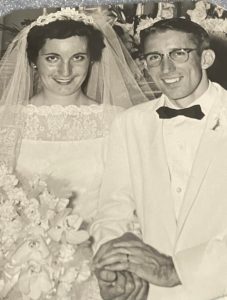 Patricia Ann Helsel, 88, of Washington Court House, Ohio, passed away peacefully at Adena Regional Medical Center in Chillicothe surrounded by her loving family at her side on Sunday, September 11, 2022.

She was born on June 25, 1934, in Fayette County, Ohio to Joseph and Arabelle Henry.  She graduated from Wayne High School in Good Hope in 1952.

Patty was known to most family members, as well as friends of the grandchildren, as “Mammy” and always made her grandchildren a priority in her life.  There was never a time when she was not willing to listen to anyone’s problems and offer advice.  She played volleyball many years and was an avid and exceptional bowler for most of her life and bowled with her sisters, Vida and Daina on H & H Auto.

Memorial contributions may be made to the Route 38 church of Christ, 1550 State Route 38-NE, Washington Court House, Ohio 43160.