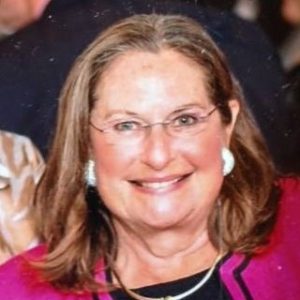 Melany Stinson Newby, 73, of Columbus, Ohio passed away Saturday, March 12, 2022, at First Community Village in Columbus, Ohio where she had been residing since February 24.

She was a 1967 graduate of Miami Trace High School where she was head majorette.  She received a Bachelor’s of Arts degree in French Literature from The Ohio State University in 1971. She was a member of Kappa Alpha Theta sorority at OSU.  In 1974, she received a Juris Doctor degree from the University of Cincinnati College of Law.

Melany was instrumental in forming the Women in Law Scholarship at the University of Cincinnati College of Law; organized the Byron, Anne and Dustin Stinson Family Scholarship Fund at The Ohio State University; invested in many women’s philanthropic organizations and supported many charitable organizations.

She was an avid traveler and loved to play golf.

Melany was preceded in death by her parents; her longtime companion, Trygve Lonnebotn; a sister, Bethany Stinson Stevenson; brother, Richard B. Stinson and sister-in-law, Teresa Stinson.

A celebration of Melany’s life will be held later this spring at the home of Manly and Connie Stinson.

A private family service for the burial of the cremains will be held at a later date in the New Holland Cemetery under the direction of the Kirkpatrick Funeral Home in New Holland.

In lieu of flowers, memorial contributions may be made to Ohio’s Hospice of Central Ohio, 2269 Cherry Valley Road, Newark, Ohio 43055.