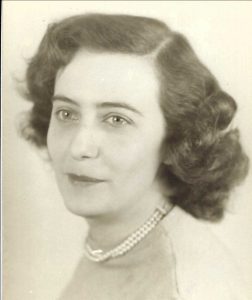 Mrs. Barry was born November 22, 1927, at Keyser in Mineral County, West Virginia to Clarence M. and Lois Mae Linthicum Everly.  She had formerly lived in Arizona but lived most of her life in Grove City, Ohio before moving to New Holland in 2016.

She was a retired bank teller.

She is survived by a daughter Patricia M. Johnson and a granddaughter, Jennifer Loyce Johnson, both of New Holland and several nieces and nephews.

In keeping with her wishes, cremation will be observed.

A graveside service will be held at a later date in the Fort Steuben Burial Estates at Wintersville, Ohio in Jefferson County.

Arrangements were completed by the Kirkpatrick Funeral Home in New Holland.