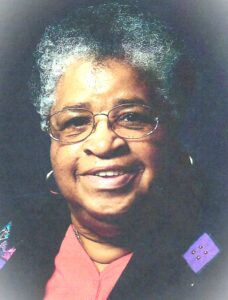 Beverly Jean Qualls, 87, of Washington Court House, Ohio passed away Wednesday, December 7, 2022, at 9:22 p.m. at her home following a long, hard-fought battle with cancer.  She was blessed to be surrounded by her loving family.

She was a retired STNA who took care of many people throughout her life.

Beverly was so proud of her ancestry.  She was a direct descendant, on the Crosswhite side, of Madison Hemmings, the son of Sally Hemmings and historically rumored Thomas Jefferson.  Recent DNA tests confirmed a match to the male line in the Jefferson family.  Her great great grandmother, Harriet Hemmings Butler, daughter of Madison Hemmings and granddaughter of Sally Hemmings, is buried in Bloomingburg Cemetery.

The funeral will be held Saturday, December 17, 2022, at 11 a.m. at the First Church of God, 610 Harrison Street with Pastor Patrick Gamble, minister at the church, officiating.  Burial will follow in the Washington Cemetery.

The viewing will be held Friday, December 16, 2022, from 5-7 p.m. at the Kirkpatrick Funeral Home in Washington Court House.

Memorial Contributions may be made to the First Church of God, 610 Harrison Street or the Second Chance Center of Hope, 420 West Oakland Avenue, Washington Court House, Ohio 43160.