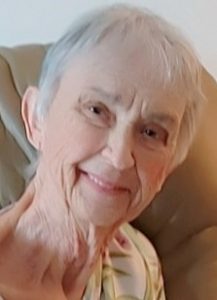 She was born September 1, 1939, in rural Brown County, Ohio to her loving father and mother, Wilfred L. and Lucille Hook Faul.

Winnie, formerly known as the Hallmark lady, was married to her loving husband, James T. Perrill, III who preceded her in death on September 15, 2021.  She was also preceded by her parents; a sister, Phyllis Dicky and a brother, William J. Faul.

Arrangements for a visitation and memorial service for Winnie and Jim are being planned for late October and, when completed, will be announced by the Kirkpatrick Funeral Home in Washington Court House.  Burial of the cremains will follow in the Washington Cemetery.