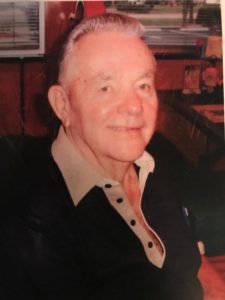 James T. (Jim) Perrill, III, 91, of Naples, FL, formerly of Fayette County, OH, passed away peacefully Wednesday, September 15, 2021, at his home in Naples with his loving wife, Winnie, by his side.

He was a well-known successful farmer near Washington Court House.

Jim was preceded in death by a former wife, Shirley Brown Perrill and a sister, Ruth Sheridan.

Services for Jim will be held at a date to be announced later.